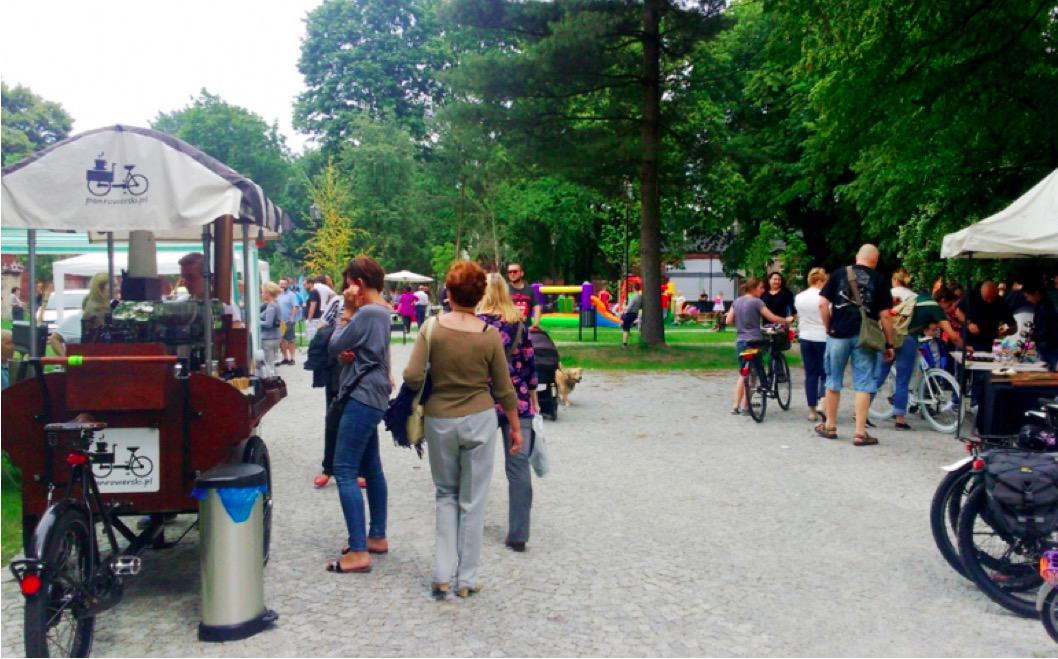 The revitalization of the Ksiezy Mlyn area has performed as a comprehensive renewal of a historic area of 6.5 hectares. There are 25 multi-dwelling buildings in the area, all built in the 1870s and ‘80s for factory workers and their families. Within the housing estate a factory store and a school for the workers and their children were built. In the 1990s the nearby textile factory went bankrupt. Until the end of 1940s over 2,000 people lived at Ksiezy Mlyn. According to recent renovation plans the area shall be inhabited by only 700 people. Plans include modernisation of existing buildings in accordance with a conservation officer’s guidelines, introduction of new utilitarian functions and above all - helping people.

The buildings have regained their residential function with 21st century standards but they preserve their former functions and the public space layout designed 140 years ago. At the same time dwellings in these buildings, most of which are city-owned, serve as affordable social housing.

While living conditions at Ksiezy Mlyn are improved and new facilities increasing the area’s attractiveness are established, the specific character that makes this urban layout so unique is preserved. The purpose of the site as a housing estate remains unchanged. New functions currently introduced will occupy only 15% of usable area of housing estate buildings.

In this project, various forms of social consultations have been worked out, which is especially valuable as no single form has guaranteed that the residents’ problems and needs would be fully recognised. A serious limitation for official meetings was the modest participation of people in the hardest situations. Individual meetings make it possible to overcome this obstacle only in part, so the best solution is to combine various methods, both when it comes to consulting a revitalisation programme itself as well as particular renovation decisions, which can be a valuable recommendation for revitalisation processes in many European communities.

Residents are now supported by the presence of an official person, responsible for revitalisation, whom they can always call to report problems. The project is conducted as a so-called partnership project. The city, after negotiations and settlements, announced a competition for project partners. All condominiums and two entrepreneurs entered the competition. The city’s requirements as to the partners were in particular: liquidating low-stack emission sources and connecting to the district heating system. The partners prepared design documentation in this scope and also one related to the renovation of historic monuments. Decision-makers - condominiums, entrepreneurs and architects - worked out the concept themselves based on the city’s guidelines.

It is important that the renovation activity does not disturb the existing local social links: a building in the vicinity of the housing estate was renovated and dedicated to those residents whose dwellings were under renovation. Thus, the residents of apartments under renovation could still live in the same neighbourhood and their children did not have to change schools, and the elderly did not have to change their health centres.

Besides the residents, the project is also supported by infrastructure networks administrators, artists, Police and Municipal Police. Decision-makers - condominiums, entrepreneurs and architects - worked out the concept themselves based on the city’s guidelines: all decisions of and actions undertaken by the municipal services required the opinion of the Project Manager.