The numbers in Montreal speak for themselves: over 115 realized projects since 2005. These projects represent approximately 65,000 units including some 15% social and community housing and financial contributions, and some 15% private affordable housing
Rundown segregated areas | Envisioning Financing Mainstreaming 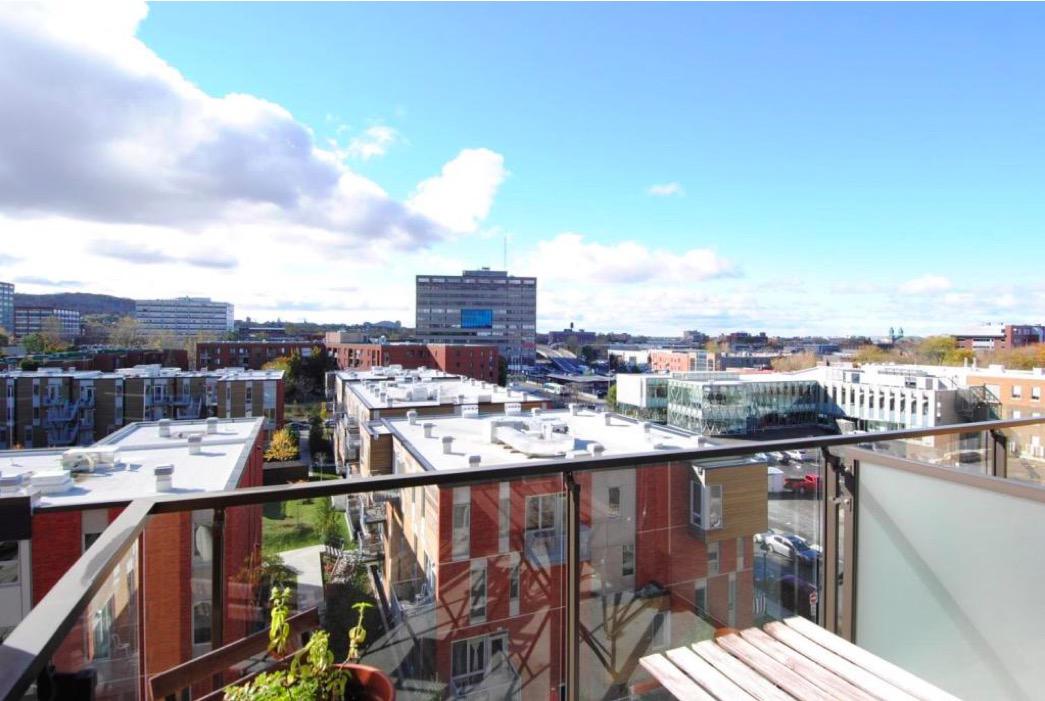 The city of Montreal has a population of 1,7 million inhabitants and 780,000 households. A large proportion of the citizens, 64.2%, is tenants as opposed to owners, which helps to keep the rent relatively low in comparison to other Canadian cities.  To qualify the various types of housing, the city illustrates a « housing continuum » which goes from ”shelter”, to ”social and community housing”, to ”affordable rental housing” and ”affordable ownership” and finishes with “ ownership” and “private rental units”, being the most expensive type of units. The strategy targets the range between social and community housing and affordable ownership.

A typical and representative housing typology in Montréal, is that of the so-called ‘plexes’. They make up for about 50% of the housing stock. This typology consists of apartment buildings with 2 to 6 units, where the owners usually live in the ground floor apartment with access to a backyard (and perhaps basement) and rent out the other apartments, rendering a higher level of maintenance of the rental units.

In regard to social housing numbers, about 7 % of the total housing stock consists of social housing. The amount of households on waiting lists are about three times higher than the number of available social housing units, resulting in increased pressure on affordable rental apartments. Most “public” housing is 100 % subsidised and owned by the city, reserved for low or no-income households.

Community housing in Montréal is a collective name for ‘non-profit housing’ and ‘cooperative housing’. Both include a mix of clienteles, but the maintenance and upkeep of the housing is organised differently in each. Where the maintenance in non-profit housing is managed by an external non-profit organisation, the management of the cooperative housing is organised by the residents themselves. Both types of community housing are eligible for a rent supplement program, meaning that up to 50 % of the residents are partly subsidised according to their household income and the rest of the residents pay slightly below market rent.

What both categories of community housing have in common, is that there is a real social mix within the projects partly because of this rent structure. Additionally, in the co-op, members are required to participate in the co-op’s governance.

Community housing is developed by groups of citizens with help from specialists known as les « Groupes de resources techniques (Technical Resource Groups). GRTs are non-profit organisations  who, unlike private developers, do not invest their own funds in projects. Instead, they work within the framework of the AccèsLogis Québec program, under which development cost are shared between the provincial and municipal governments and also by the group of residents (either a co-op or non-profit) who will contract a mortgage for the remaining portion of the budget. There are currently 4 non-profit developers recognised by the city of Montréal. Social and community housing is also developed by the Montréal Municipal Housing Office.

In 2005, the executive committee adopted the Strategy for the Inclusion of Affordable Housing in New Residential Projects. This strategy is not enforceable by law, but works solely on a voluntary basis. The main objectives of the strategy are to maintain a social mix by encouraging the inclusion of affordable units, and to support the production of affordable housing. The city’s target is 30% affordable housing (15% social and community housing, 15% private affordable housing). The strategy is applied to every project of 100 units or more that entails changes in density, height or use. The calculation is based on the gain in gross buildable floor area. After public consultation, an agreement is reached between the developer, the city and the borough.

The most common scenario is one in which the developer sells a parcel of land on which an affordable housing project can be built with a gross buildable floor area equivalent to 15% of the gross buildable floor area of the entire project, to a cooperative, a non-profit housing group or the city, at a reduced price of 12,000 CAD/unit. For the affordable component, the developer agrees to sell or rent out 15% of the private units at or below a predetermined price. Depending on the market sector, a financial guarantee is required for each social, community and private affordable unit. If on-site inclusion is not relevant or possible, the deal may provide for an off-site inclusion. If the city, the developer and the borough agree that this is not possible, there will be a cash contribution from the developer for an amount corresponding to 20% of the value of the on-site inclusion. This, however, is a less attractive option because the objective of the Strategy is to build a mixture of housing types on the site. 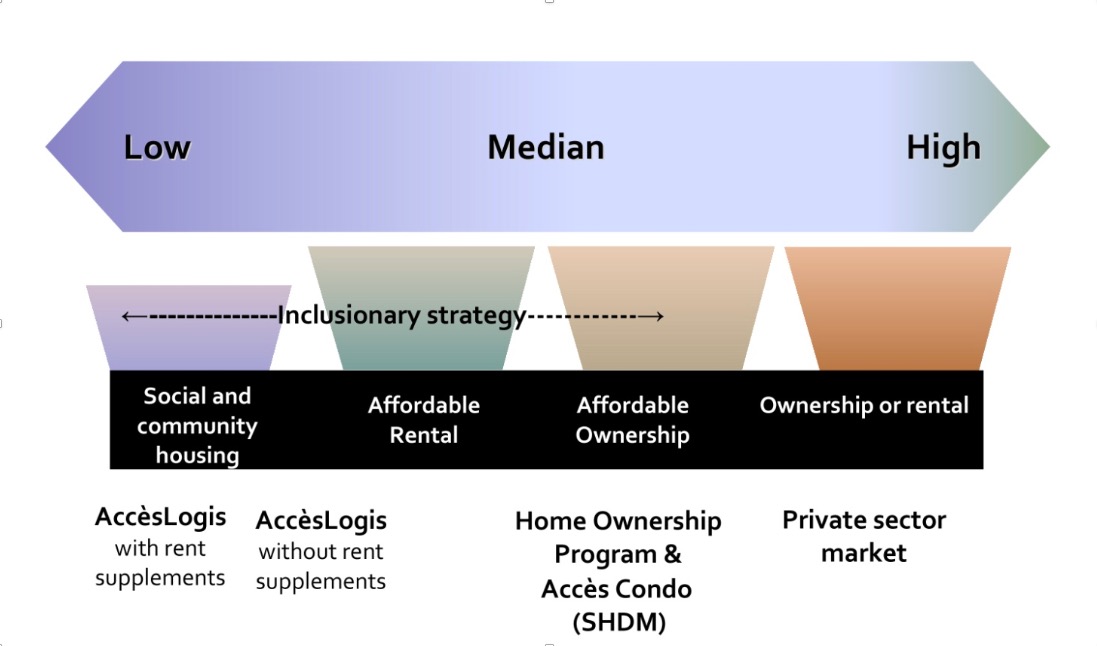