THE OSLO MODEL AS A NEGOTIATION ARENA BETWEEN PUBLIC AND PRIVATE INTERESTS, OSLO, NORWAY

How to set up a negotiation arena, when the neighbour wants something else
Monofunctional areas | Envisioning Experimenting Mainstreaming 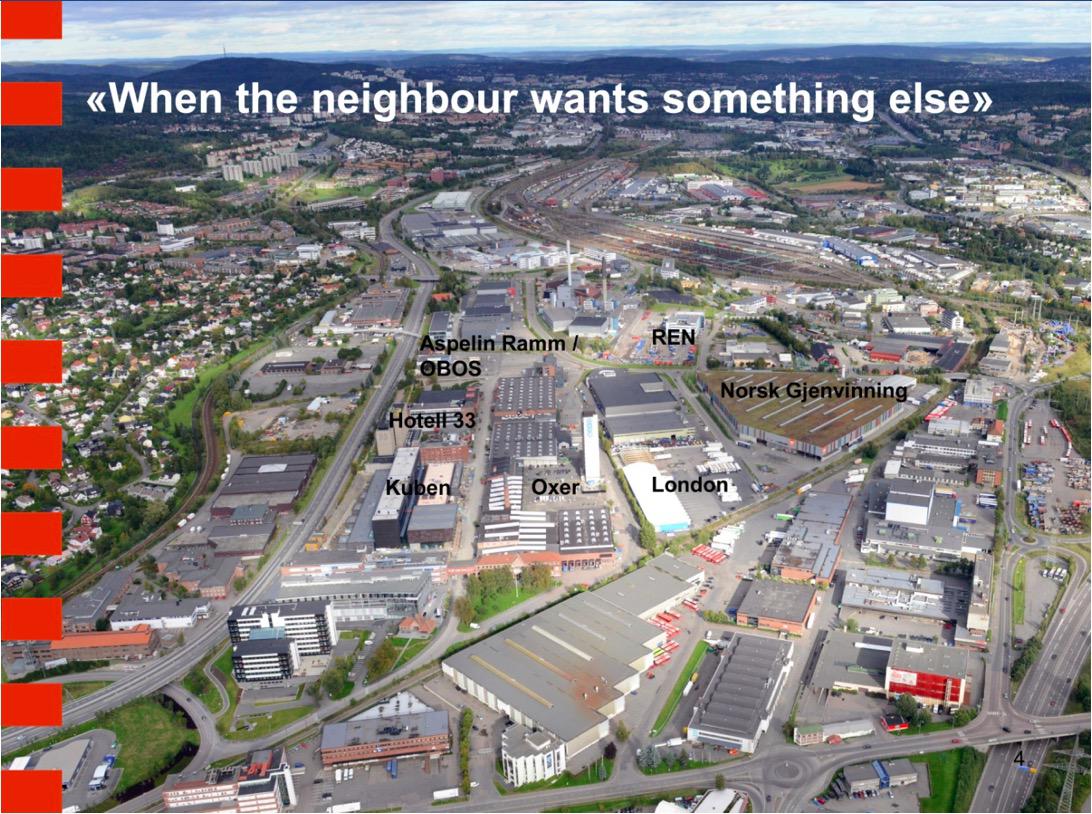 Oslo is a demographically fast growing city. It is situated between the sea and hilly forests which are key qualities for the city. In order to preserve the natural qualities and ensure a more sustainable growth the city has therefore decided a strategy of transformation and densification of existing urban areas. Since the city often has no ownership there, negotiation is a crucial instrument, often dealing with many developers and owners on one site.

First of all Oslo acknowledges that for some cases the traditional master plan is the right tool. For instance when there is only one land owner or when there is a high dependency on new public infrastructure.

But in other cases the traditional planning processes are too complicated, too rigid and too slow, making it unattractive for private parties to start developments. Therefore Oslo is trying new ways to speed up and simplify this process of transformation and make it more flexible and resilient. The city is essentially doing this by focusing on the essentials and leaving room for private parties to fill in the rest.

The Planning Program defines general guidelines, chooses an urban development principle and sets rough parameters for land use, height and utilization. It is the basis for several plans which can also be developed and made by the private parties themselves.

The VPOR defines the boundary, size and desired qualities of public spaces, identifies and describes public projects and builds in a certain flexiblity, so that market parties can fill in the rest.

There are several cases when the above mentioned fast track planning options can be used. For instance when the plan is not too complicated, when time is an issue or when landowners/ developers and the planners have common interests (or can be made to understand that they have a common interest). After agreeing with the municipality on the VPOR and/ or the Program Plan, private developers make their own plans based on that. The developers can choose to build the public infrastructure themselves or pay the municipality to do so.