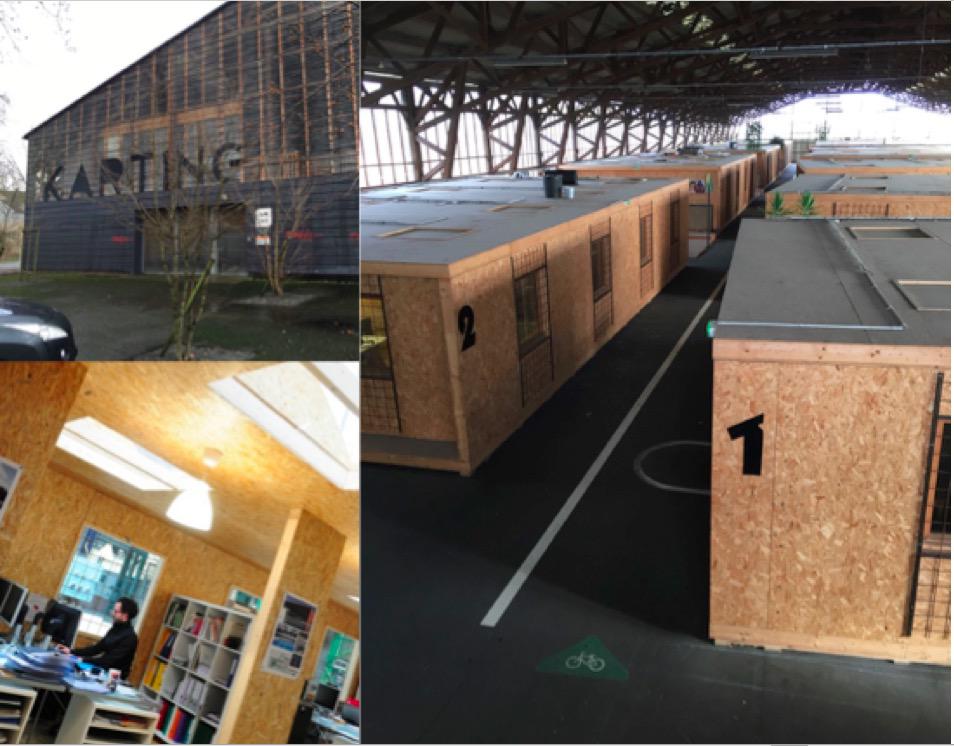 In the middle of the Loire river in Nantes lies a small island, the Ile de Nantes or island of Nantes. For a long time, its use was primarily related to transport and industry. By the late 20th century, however—much like elsewhere in Europe—the shipyard and port productivity had started to shut down. The island soon turned into an abandoned wasteland.

Private developers had their own ideas for the redevelopment of the island, such as building a new hotel or a big international congress centre. In 1989, the newly elected mayor Jean-Marc Ayrault - who stayed on until 2012 - stopped all project planning and adopted a new approach. The island was to be developed as the centre of the entire city of Nantes.

One of the city’s  first steps was to build a new courthouse here, in a time when no one wanted to build on the island. In 2003, an organisation was established for the purpose of bringing new life to the area. The SAMOA (Société d’Aménagement de la Métropole Ouest Atlantique) buys land, rezones it and resells it under strict conditions for redevelopment. In this way, the island is being upgraded to serve the public while giving new functions to the industrial heritage. The SAMOA works on the entire 330ha of the island, 115 of which used to be occupied by industries.

One example of incubating approach is the Karting, an old warehouse, later used as a go-kart racing circuit, and a large brown field around it. The building is centrally located and in close proximity to a recently redeveloped area and the Loire river. The SAMOA bought the plot from its private owner and decided to use the warehouse instead of leaving it empty or tearing it down for new development. If the plot had been sold on the market, this would certainly have been the result. Waterfront areas are, after all, highly sought-after locations in cities. Nantes chose a different route: rather than redevelop the area immediately, the SAMOA has chosen to keep it as is for now. It will be the last area to be rebuilt.

Scattered on the island are three large halls, all of which have been refurbished to allow small businesses to rent spaces from 12 tot 96 m2. Le Karting is one of them and is now used by innovative, creative and cultural businesses; another, the Solilab has become home to businesses that work in social and solidarity fields; and a third, the Centrale houses media companies. In total, the buildings house 180 companies. The project is so successful that there is a waiting list. The project launched in 2012 and is meant to run for ten years, after which the city will decide upon a more permanent purpose for the area. The timeframe is deliberate; careful and gradual urban planning takes time.

An approach like the one in Nantes is possible only within a stable political landscape. The project must be allowed plenty of time to grow naturally and take its course. This does not mean, however, that changes along the way are impossible or even unwanted. At the onset of this project, its goal was to change the image of the island. Later on, it became the development and connection of certain areas. More recently, the project’s ambition has turned to answering the challenges of innovative economy and urban growth. Accordingly, the current direction of the project is to turn it into an innovative district with larger parks along the riverbanks.

Temporary use agreements play a crucial role in the Nantes approach for urban development. They offer the city a way of keeping empty buildings in public ownership while also giving incentives to creative ventures. The SAMOA’s task of buying and developing deserted plots is successfully combined with its role of offering empty spaces to innovative companies.