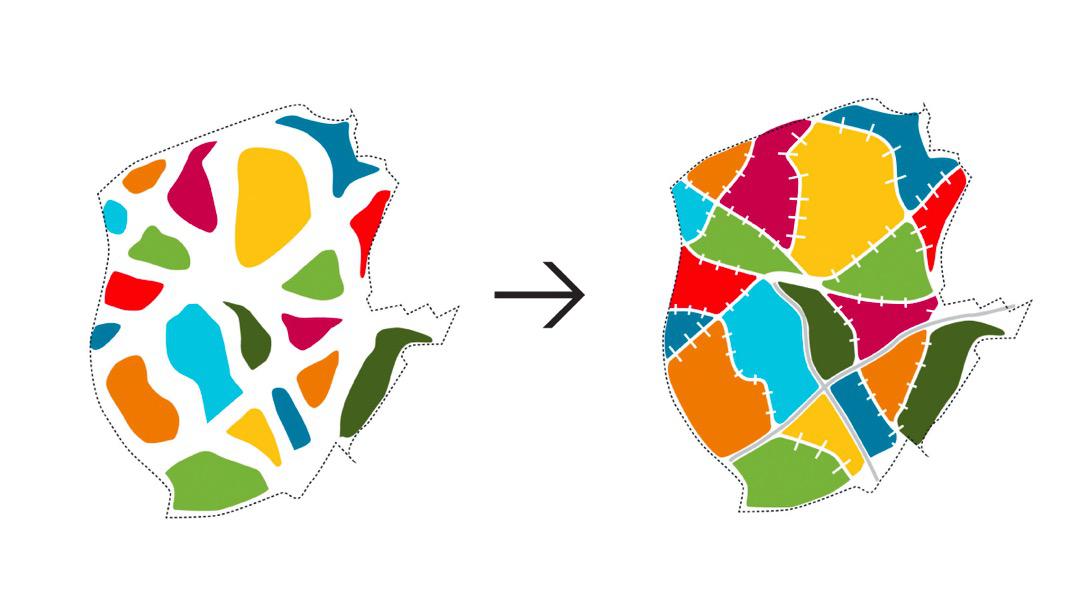 Hovinbyen is proposed as a key development area in response to Oslo’s anticipated growth in forthcoming years. Today Hovinbyen is characterised by busy mainroads, which cut through the urban fabric,  and by car-based and underutilized land for warehousing, industry and freight companies. This contributes to people’s perceptions of Hovinbyen as part of the outer city, situated far away from the vibrant urban city center in people’s mental maps. Quod non, because the actual physical distance from the central district of Hovinyen to the central station is no further than from other, attractive inner-city neighbourhoods. Yet in its current state, there is little reason to visit Hovinbyen and, if people do, they are likely to get lost in the complex highway interchanges.

Oslo’s ambition is to transform Hovinbyen into an attractive, walkable urban area for 100,000 new residents and just as many jobs. To achieve this, we need to address the challenge of road-design.  Improving both the physical and mental connectivity to the city centre, as well as between the smaller neighbourhoods within Hovinbyen, becomes a priority. Instead of solving the problem with tunnels to hide the roads, we want to transform both the roads themselves as well as their built-up surrounding areas. This way, the very same structures that today separate neighbourhoods and make Hovinbyen unattractive, can become meeting places that bind the areas together.  By changing the roads into streets, we can hitch neighbourhoods together instead of cutting them apart.

From regional to local focus

Efficient connections with the surrounding region have been the focus of transport-planning from the 1960’s onwards in fringe areas.  As a result, highways and separated crossings for pedestrians and local transport were built  to avoid obstructing fast-moving traffic as it passes through the area. This has had an adverse effect on the livability of the Hovinbyen neighborhoods. By reducing speed limits on the highways and by introducing frequent ground-level road-crossings, we will try to enhance the streets’ local character, as an integral part of the urban fabric instead of cutting through it. As urban planners we want to promote a better balance between local and regional connectivity. Yet to implement this, we also need the national road authorities to agree. We believe that we are at the point of entering a new paradigm in the way we conceive roads and their role. 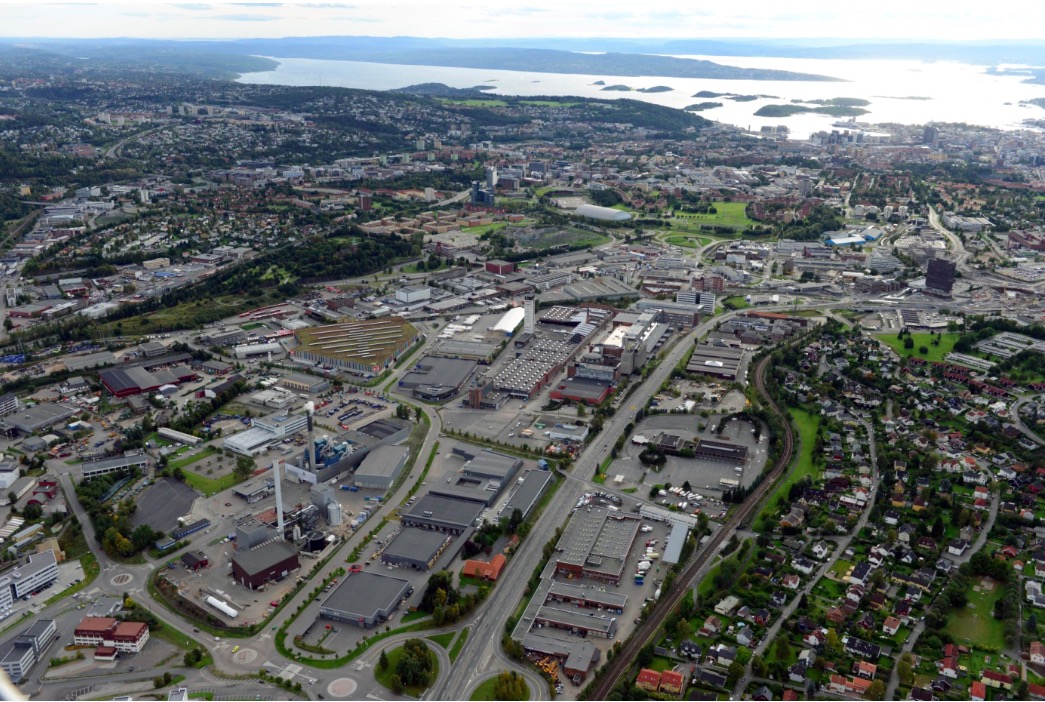 If we are to change the car-dominated roads into vibrant streets, we need to redesign them for multiple-use by providing space for pedestrians, cyclists and public transport, as well as trees, vegetation and places to hang around.

In fact, we want to reserve as much as 50% of the street-space for pedestrians, vegetation and public space, transforming today’s roads into new, attractive strings of public spaces that connect neighborhoods. This way, more environment friendly transport forms could and should complement each other, rather than compete for space as they do today.

In our view, a street is not attractive on its own if there is little to see or do along the way. Simply providing safer street-crossings will not attract more people. We believe that a key element to raise attraction lies in intelligently combining activities and design on the ground floor of buildings, . The facades facing the streets should be welcoming and lively, whether it’s a block of flats or a sports arena, a café or a shop.  Attractive buildings and functions can shorten the mental distance between neighborhoods by several kilometers.

The same roads that today split neighborhoods hold the potential of connecting them, not only on each side of the street, but along it as well.  Today’s lack of transverse connections and little priority for public transport make it a hassle to move across Hovinbyen. By transforming these roads into streets, connecting the missing links and introducing the tram in separated lanes, we believe that we will strengthen the connectivity between the neighborhoods. The tram moves on street level, which creates activity, and its permanent character can stimulate investments and development along the street.

By transforming their character and use, we believe that today’s barriers hold the potential of becoming tomorrows connectors to bind Hovinbyen together.