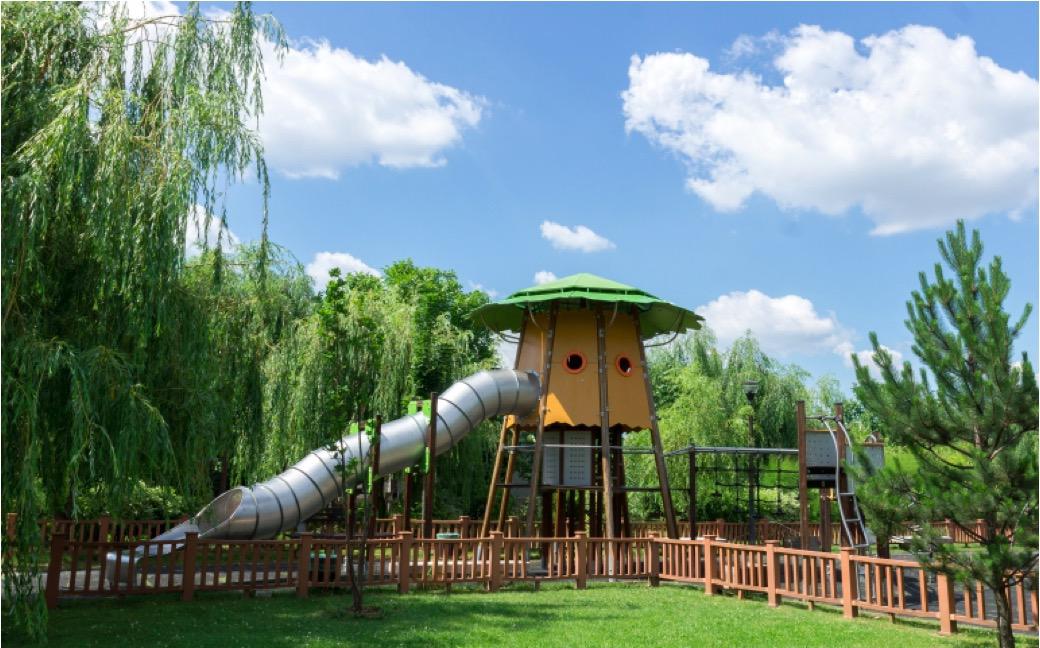 The creation of a public utility park in the Ion Creanga neighbourhood of Bucharest (RO) was one of the objectives of the 2nd District Integrated Urban Development Plan, financed under the 2007-13 Regional Operational Programme. In line with goals for sustainable growth, the park was designed to integrate the social needs of the community with environmental protection, increase accessibility and mobility, and reduce disparities between the Ion Creanga area and more developed parts of Bucharest.

The project was inaugurated in 2012. The large green space now helps the local community by increasing quality of life, encouraging residents to take part in outdoor activities, and giving a chance for better connections between the Roma community and other residents. As for the area's public image, the park significantly improved the urban infrastructure and quality of the environment, including efficient energy use.

Sustainable development is the organising principle for meeting human development goals at the same time sustaining the ability of natural systems to provide the natural resources and ecosystem services upon which the economy and society depend. The problems the Ion Creanga area was facing before creating the green infrastructure, public utility park were: high percentage of petty crime, lack of facilities for people with disabilities, insufficient green space that contributed to the migration of young population to more developed areas, lack of recreational areas, air pollution, lack of awareness of environmental protection, a large amount of waste. The construction of the park in the Ion Creanga area offers a set of solutions to be implemented by EU member states:

To provide an efficient solution for the problems of the area in an integrated manner, the 2nd District Integrated Urban Development Plan was developed and financed under the Regional Operational Programme 2007-2013. The vision was to work with local people to guide a major change in the way the land is managed and to give the local communities a better future.

A series of measures were being undertaken within this framework in close collaboration with local stakeholders, authorities all working together. To better define and address the solution to the local community the 2nd District City Hall organised a series of debates and public consultations, advertised the project on its website and took all the active measures to integrate the community’s demands in the project.

The park's creation had positive impacts in terms of environment, health and community: