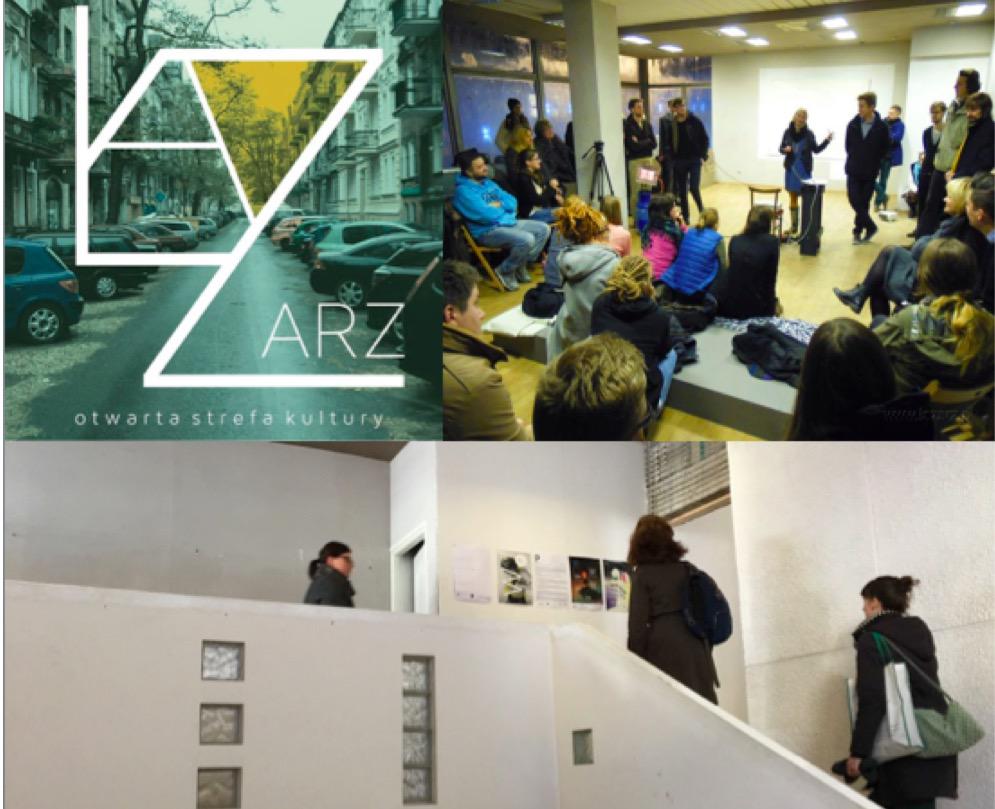 In the 90s, due to urban sprawl many people moved out from Lazarz district and Glogowska main street of the area became mostly transit road from the main city centre to neighbouring communes out of Poznan. Gradual degradation of the entire district was partly stopped in “Upper Lazarz”, where beautiful “fin de siècle” architecture and park greenery attracted developers and creative sector. At the same time “Lower Lazarz” became somehow forgotten and with very bad reputation due its deteriorating economic and social conditions. One most visible signals of this situation were “empty spaces” – former shops and workshops left behind by craftsmen and traders who moved out.

The idea of “reviving Lazarus” through cultural and social activities was developed by an umbrella organisation called “Open Zone of Culture”. It includes several local NGOs and galleries that found “Lower Lazarz” a very interesting part of Poznan to develop their activities. In 2014 they developed a concept of revitalising Lower Lazarz through culture and social activities, which could activate local inhabitants, improve districts spatial conditions and its general reputation. One of the main objective was to develop programme of preferential rent to “fill in” local empty shops located around most neglected streets.

In 2015 the partnership received grant from the City Hall for their common project entitled “Switch on Lazarz” and implemented portfolio of different cultural activities in this area. This was the first “kick off” of their activity in the district that enabled them to get to know with local society and District Council. The project has been continued since than every year.

Activities of bottom-up initiatives were very well received by the District Council and Poznan City Hall. Their approach was perceived as a very important element of revitalisation process that could positively influence local development. In 2015 an informal partnership was created between Open Zone of Culture, local District Council and City Hall’s unit: Project Coordination and Urban Regeneration Office.

Managing the programme was very important “experiment” for the Programming Group. The Group was very much involved in preparation of programme rules, but the main technical management of the call (negotiations, preparation of formal agreements, contact with selected “winners”) was led by the City Hall, as the administrative partner of ZKZL.

Due to poor condition of several locations and administrative difficulties only 5 out of 10 selected applicants finally signed the rent contracts and started their activities.

Despite all difficulties, the City and the Group plans to announce the second call of “Preferential Rent Programme” for other locations in 2017, hoping that experiences of the first edition will be used and make the process much easier both for initiators and users.