A clear vision and a participatory approach are more important than a masterplan for urban regeneration.
Monofunctional areas | Activating Envisioning 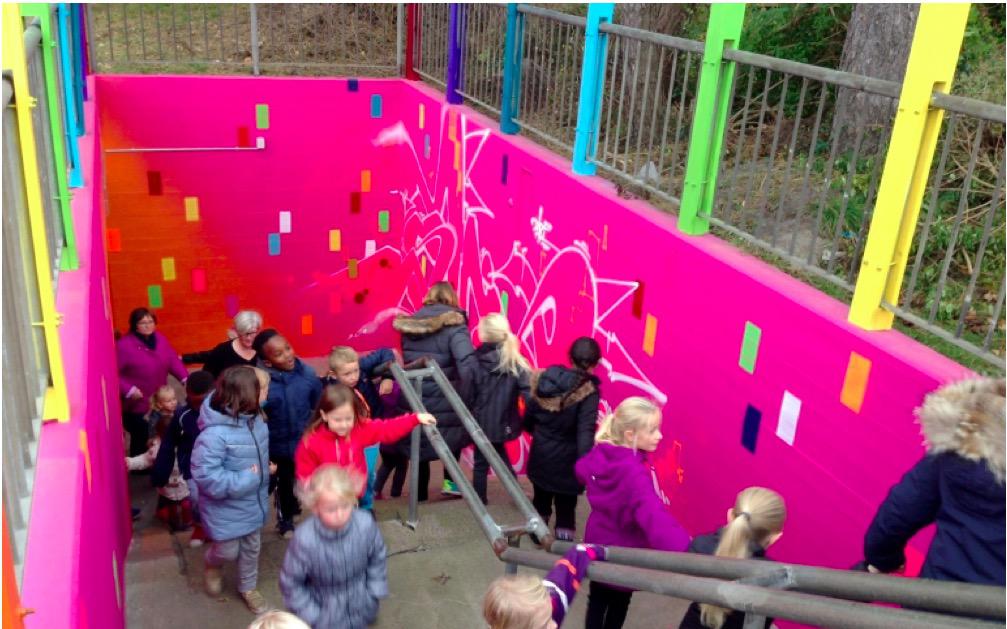 Local collaboration is the key in this model, put forward by the Municipality of Aalborg (DK). The concerned two Aalborg neighbourhoods are situated outside the area of dynamic urban development growth, both had severe reputation and identity problems, and they were not seen as attractive residential areas. The rethinking process has shown their potential much clearer. Strategic plans focused on visions and action plans, including investments and partnerships, are main outputs of the practice. This has been developed through a ’rethinking’ process, including both physical environments, local network and cohesion, as well as storytelling and identity. Local and political ownership and partnerships, with trustful relations between the municipality, local stakeholders and investors, have been developed. This has brought security for investors, which is very important for the sustainable regeneration process.

In Skalborg, the solution was the renewal of land use and strategic plans focused on visions and action, with cohesion and much better internal connections. This was reinforced by an important communication effort.

In Tornhøj, the solutions have been structural changes, by opening up closed enclaves and by connecting different built-up areas, people and functions with new mobility solutions. The different investor partners have committed themselves to work for the common vision.

Both neighbourhoods were built up in the golden age of the welfare state to provide separation of functions, good housing and an equal supply of public service for everybody. Now, they seem worn and out-dated, as the society and its dominating values have changed. The main goal for both areas has been developing unique urban neighbourhoods that provide quality everyday life for people. The new plans focus not only on potential areas for new housing densification, with new types of housing which are needed, but also on a potential for businesses, which can be integrated with housing in local centres.

The process has been focused on communication and dialogue to create trustful relations and partnerships. Temporary activities, used strategically, have created very concrete and visible successes, and common identity in the area.

In Tornhøj, citizen involvement took place by workshops, guided walks with selected focus group workshops with representatives of the civic association, a local community office etc. A game was accomplished where consensus was made on activities in the urban spaces etc. Several temporary activities were carried out, which triggered involvement and good attention to the project.

The temporary activities have been involving people in the neighbourhoods. In Skalborg, a dark and unpleasant pedestrian tunnel under the main road Hobrovej, which is a huge barrier splitting the area in two, was painted by hundreds of schoolchildren under the guidance of a professional street artist.

The opening of this fantastically coloured tunnel was a big event which brought together children, parents and the area neighbours. The result is a much more inviting passageway. Even if the barrier problem is not solved yet, awareness of the traffic and solutions for safer ways especially for school children has come on the agenda.

In Tornhøj, the process started with a competition focusing on sustainable urban living. It developed a strategy for feasibility and new mobility to connect the neighbourhood and increase public transport, creating a ‘main street’ as the backbone for various users - pedestrians, cyclists and a new public driverless bus -, and an attractive urban space which includes not only housing, but also public institutions and other workplaces. Tornhøj is a socially vulnerable neighbourhood, and it has been crucial to rethink the area for the existing citizens in order to provide them with a sense of community and belonging, along with an invitation of new segment groups.

In Skalborg, the project was also about improving the physical surroundings for its inhabitants' everyday life. An important part of the vision is to create a local centre for the whole neighbourhood, with a spread of service functions including grocery shops and attractive meeting places.

The approach has been integrated and participative. The holistic approach is altogether the key point in the model. Horizontal integration has been the point in the cross-disciplinary work, not the least between different public sectors. Vertical integration is used in the dialogue between local school children and other groups of citizens, at different levels of government and politicians. Territorial integration is present when the vision process touches the role of the neighbourhood in the city and city region.

Listed below are the most important projects to be realised in Tornhøj:

The neighbourhood regeneration around Tornhøj into a new and sustainable suburb centre is in full swing. The renewal is both physical, social/functional and mental, as new stories about the area are changing its identity.

The Skalborg project is some years “behind” the project in Tornhøj, but many goals have been reached so far, due to the strategic plan which gives security for investors. New collaborations, and a positive energy about the neighbourhood, did arise.