CULTURE AS THE INTERMEDIARY, AARHUS, DENMARK

By using empty buildings and culture as an intermediary, solutions to complex challenges are co-created between the citizens and the municipality.
Underused buildings | Activating Experimenting 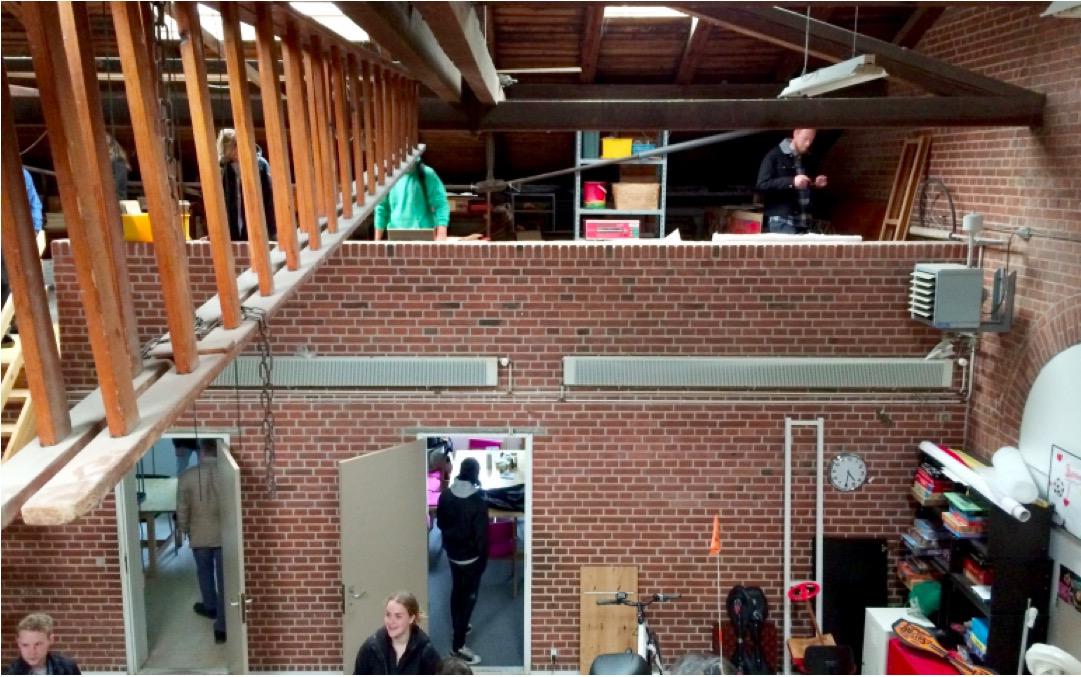 The City of Aarhus (DK) has been testing the method of including young people in the redevelopment of empty buildings since 2013. By working with physical temporary use, for instance an empty municipal building the future use of which has yet to be determined, the city is forced to continually rethink the involvement of citizens, format and content in relation to its development. The method has been applied successfully to a youth community centre. A place has been created for people aged 15-25, who organise themselves through a management group and monthly public youth council meetings. The method can be applied to other areas, where citizen and civil society involvement in the solution of social challenges is desired.

One solution is to turn young people into citizens who contribute to society, instead of working against it. Our method is to include citizens in cultural productions and activities to create a community aimed at solving issues such as the inclusion of vulnerable young people and youth unemployment. We have temporarily reactivated an empty building as a youth community centre, where young people are invited to come in and have their say about the physical settings and content. It gives them a sense of ownership, because the place is created on their terms. The deal is that the centre must be developed in close collaboration between the young people and the municipality staff working at the centre. By being close to the young people, we can nudge them towards an education or a job and avoid total anarchy, as has been seen at other self-proclaimed youth centres.

Another solution is that young people become active citizens. They are better prepared to take responsibility for their own lives and to participate in society on an equal footing with others. We work with values such as appreciation, trust and responsibility to make the young people recognise and develop their own strengths, which help them believe that they can make a difference.

A third solution is that by re-activating empty buildings, we prevent them from being occupied illegally, or left to fall into disrepair, while indicating new possible functions and, alternatively, contributing to gathering knowledge that can be used in other places.

The method is based on participation as an integrated and leading strategy. Through co-creation, mutual trust based on community as a sense of 'we' is built between the young people and the municipality. The foundation builds core values like trust and respect that help create sustainable social development in the city.

Territorial integration: what works is flexibility, trying out things in practice and in a temporary context, rather than working with permanent solutions. A better knowledge of the city's physical spaces and their future possible uses allows finding better solutions to needs and challenges that are also more adjustable than permanent choices. We achieve sustainable development by using unexploited resources such as empty buildings and areas, which we temporarily reactivate.

So far, the centre has had three temporary locations. The buildings were furnished by young people, who also proposed activities, and therefore reflected the young people who were using the centre at any given time. In the beginning, several young people with an interest in construction were involved in the physical transformation of the building. When young musicians discovered the centre, they set up a music studio. A group of punk rockers have joined in, and punk rock concerts are now held frequently. The municipality staff on site assists the young people's entrepreneurial efforts and activities, and promotes the place to other young people, educational institutions and those who work with young people.

The method has been applied successfully in building a Youth Centre that houses several collaborating interest and identity communities. There, young people aged 15-25 have put together a management group and monthly public youth council meetings.

Political awareness is now raised to the need for a new temporary location for the Centre, resulting from demonstrating that it is possible to run a youth community centre as a collaborative effort, involving both young people and local governments. Without an available temporary building, this new experience would not have been possible, nor attracted any political attention.

The City of Aarhus' Children's and Youth City Council actively supports the Youth Community Centre and is working to find a solution to the need for a location and municipal part-financing for the centre.

The area of the actual building used to be deserted in the evening, used mainly for cannabis smoking and as a place for homeless people to spend the night. Today, the area is welcoming and open for cultural activities such as graffiti, volleyball and urban gardening.

The method is also being tested for the development of a new urban area in temporary buildings around the old Freight Yard, where some 100 businesses have emerged, many of which focus on culture and environmental sustainability.