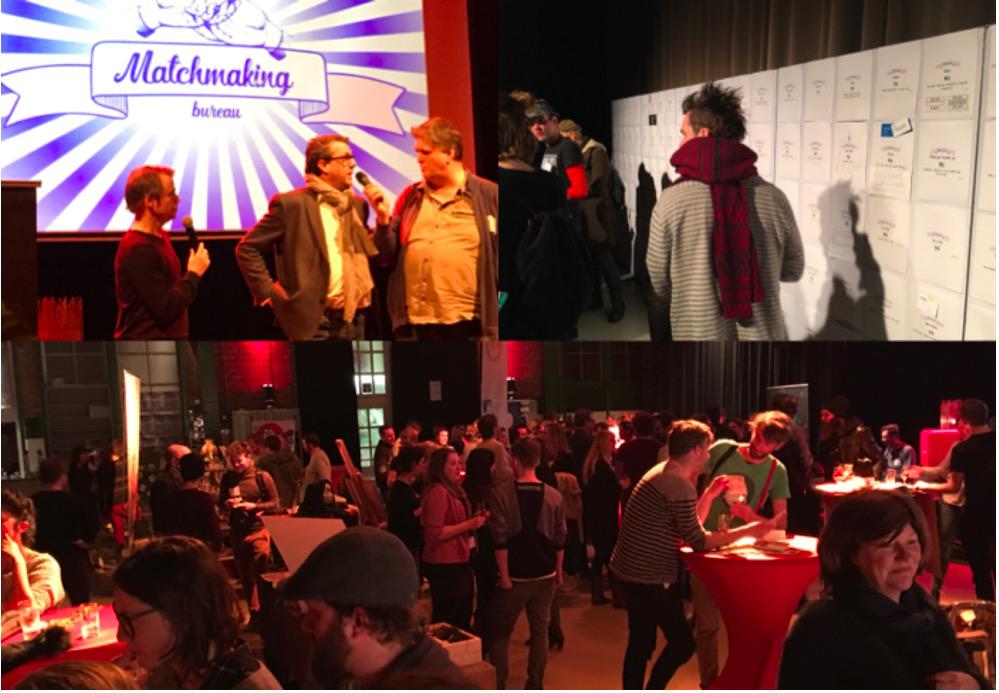 Ghent city administration facilitated a matchmaking event between local bottom-up initiatives to support the aggregation of richer consortia biding in a call for a 8 months temporary use project of the former city central library.

Key aspects of this process are:

The core of the matchmaking workshop is the temporary use of the old library in the city Ghent, which will remain empty for some months before being redeveloped in offices for the municipality.

The city searched for 1 coordinator who would propose a concept for the overall temporary use of the empty library, a  good business plan to pay for heating/electricity expenses and a management process during 8 months.

In order to find this coordinator the city has facilitated a matchmaking event bringing 147 potential initiatives together, so they could meet, create alliances, and form a consortia, in order to meet the challenge of occupying collectively the space of more than 6700 m² of the old library. On the matchmaking event, potential coordinators could promote themselves and search for new projects for their bids.

The process of finding a temporary use candidate started 4 months before the beginning of the period of vacancy. In the process was included a visit to the former library for all candidates, a digital platform for all kind of questions, and activation of the potential bottom-up initiatives through social media in order to connect to each other, all was organized by the city. The matchmaking was organised in the evening and the process of matchmaking was very well organized: potential coordinators pitched their projects, concepts and business models on stage. The potential initiatives settled small booths of max. 1 m² to showcase their activities, attract peers, find matches between each other and with one of the coordinators. All initiatives were also listed on a wall with their name, number and space for other initiatives to post invitations and comments.

The network event, facilitated by the City, brought new and creative initiatives together to build a strong proposition to use and manage an empty place.

The city administration plays a brokering role creating the opportunity of matchmaking and lets it go to the bottom-up initiatives.

The network event creates the momentum that is still going on. This existing network continues in finding matches for new projects and has created links within the administration.

The network event created a very efficient way of increasing the quality and relevance of bids for the Temporary use of the library.

The networking effect, the links within the administration and between the projects reached out beyond the creation of the effective winning consortium: initiatives that not take a role in the empty library, have found other matches and projects.