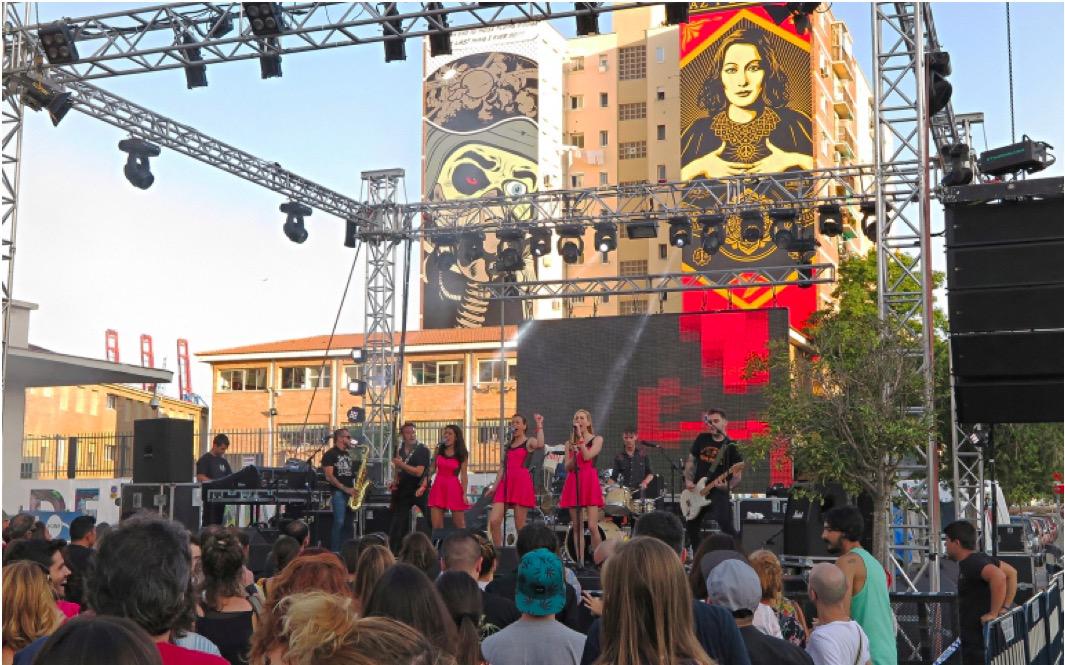 The Arts District of Soho in Málaga (ES) has become the city's new art and urban culture reference area. A 2010 citizens' initiative was the starting point to this urban regeneration process. The Arts District is located between the harbour and the old town, which faced depopulation and misuses of public spaces, two growing issues for the inhabitants.

The project was led hand-in-hand with neighbours, artists and business holders, on a strong participative basis. Soho has come to shape its new identity, boosting and diversifying the local economy, allowing the development of all arts thanks to cultural events, and by offering more public space for citizen use.

Regarding development, the Soho Project is a paradigmatic case of co-design and close collaboration between different stakeholders of the city. The sustainable and integrated approach is reflected in the Master Plan, which unites the different sides and phases of the project, and provides the basis of the public and private participation methodology. Social and economic actions in an integrated way define the key guideline of the plan. Local stakeholders, neighbours and institutions have worked together on common targets and actions such as:

In the process of design and execution of the enhancement of public spaces, sustainability focused on environment has also been taken into account and carried out with the participation of neighbours and local agents on the Technical Boards. This process resulted in the use of space in an inclusive manner, a huge increase of pedestrian areas, universal design criteria and energy-saving measures like the installation of LED street lighting.

The project itself started as a citizens’ initiative. The implementation of the Soho project arises from the elaboration of a Master Plan, which provides the basis of the public and private participation proceedings. This framework is linked to a strategic planning process, where joint decisions regarding promotional actions, urban design, art interventions and activity consolidation are made.

The process sums up needs and concerns of all represented groups in the neighbourhood. Within the participation process, two bodies were created for the representation of citizens and institutional stakeholders involved in the work teams: the Soho Art District Assembly, and the Technical Work Boards. Since then, 20 meetings have taken place. The Assembly was open to neighbours keen on joining the process. This has been a dynamic and effectively participative body which included citizen’s participation.

Citizens have also taken part in the process. For example, the “In the core of Málaga, Soho beats” branding campaign presented neighbours and business holders in the district, who shared their experience and acknowledged the benefits of settling in the area.

The district has now successfully brought about its self-identity, by the innovative businesses settled, the fancy bars and restaurants and the casual aura of its pedestrian streets. More than 150 enterprises have settled in the area in the last 7 years, and more than 20 have moved to a new space. More than 20 new culture-related enterprises have been created (50 new jobs), plus 12 existing ones which are profiting from the new environment.

Some of the previously existing businesses now connect their main activity to cultural ones. Bars and restaurants are getting a social-cultural touch: more than 12 enhance their usual business with activities such as art exhibitions, theatre, music performances, cooking courses, etc.

The Alfonso Canales square has been secured for the public. Located at the edge of the neighbourhood facing the harbour, it used to be a dark space full of high bushes that gave a sense of insecurity. The intervention opened up the space and added paths, inviting people to enter the Soho. Nowadays, people walk through the gardens and get across the Soho towards the old town.

Over 12,000 m2 of streets have now pedestrian use, 766 m2 are provided with ecologic pavements in the garden area, plus 1,008 m2 of newly planted areas (364 specimen plants). The new cityscape, the increased mobility for pedestrians, bicycles and disabled people, the improvement of security and arising of activity, are evidence of this project's success.