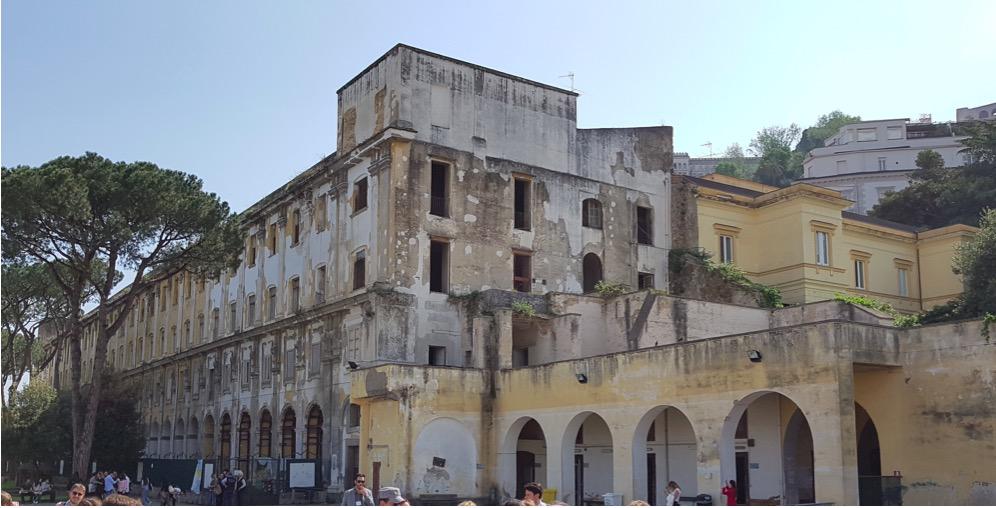 The city of Naples, based on the urban commons regulation, initiated a participative process with citizens and neighbourhood organisations to reactive the abandoned military hospital to the “Community Hub Trinità – Active Citizenship Incubator”. It involved citizens and interested stakeholders in the analysis of the current situation of the building and its surrounding through site visits. To activate citizens and neighbourhood organisations to become involved, the city made an open call to which citizens and organisations could express their interest in joining the reactivation process and reuse of the building. The call was also used to collect first ideas of potential uses. To envision the future use of the building complex a series of public workshops were organised.

To develop a vision and use ideas for the building complex the city of Naples organised a public brainstorming workshop on “possible and desirable futures” and an exercise at which participants had to write “Letters from 2027”. The letter exercise was about to imagine to return to Naples after a long absence and to visit the complex, finally restored, describing the impressions of what is going on there to a distant friend. In addition together with universities an international design workshop, a master class and a post-lauream course was organised to generate ideas with students for the building complex. All ideas for potential uses were discussed at a public assembly with inhabitants of the neighborhood.

43 associations, enterprises, institutions and informal groups or networks expressed their interest by presenting a project, an idea or a temporary use. This has helped in getting preliminary ideas for potential uses. The further involvement of the stakeholders in the envisioning and action planning process has produced a reactivation strategy that is supported by the majority of the stakeholders. This is a good basis for the implementation process. However, â not inconsiderable sum of personal and professional resources were needed to achieve this, in particular for the organisation and moderation of the participative process.